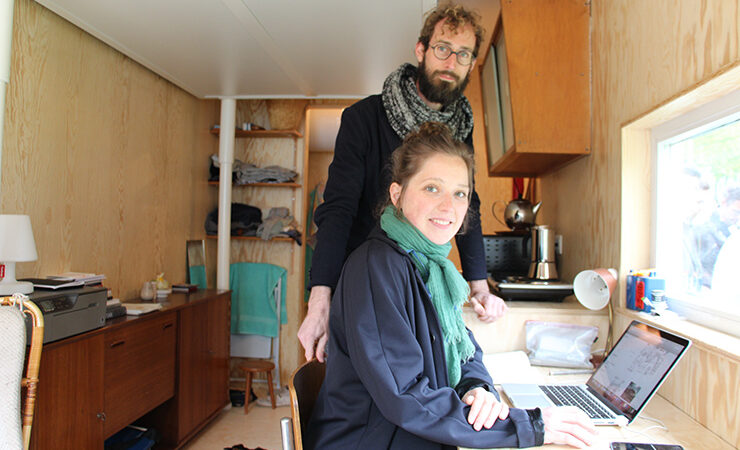 An innovative community engagement project is underway in our German partner city, Aachen. A pair of architects are living in containers next to Aachen West station to immerse themselves in the life of the neighbourhood and hunt out people’s views about how to improve the station.

The Dear Hunter team, made up of Marlies Vermeulen and Remy Kroese, will be interviewing passers-by, students and local residents throughout May and June, and even inviting members of the public to stay the night in their temporary hunter’s lodge.

Funded through the Interreg IV A Dear Euregio project, their findings will be reported back to Aachen City Council and will help to inform the development of the station and the surrounding university quarter.

When deciding where on campus to host the project, Aachen West was selected as the exact location so that the results could complement the city’s existing involvement in the Citizens’ Rail project. Since 2012, Aachen West has been one of three target areas within the city where communities have been consulted and station improvements planned.

Kai Mohnen of Aachen City Council (pictured third from the right below) said:

“With this unconventional form of participation we will get to know what young people and students in particular think of Aachen West – and what their needs and wishes are when it comes to future improvements.” 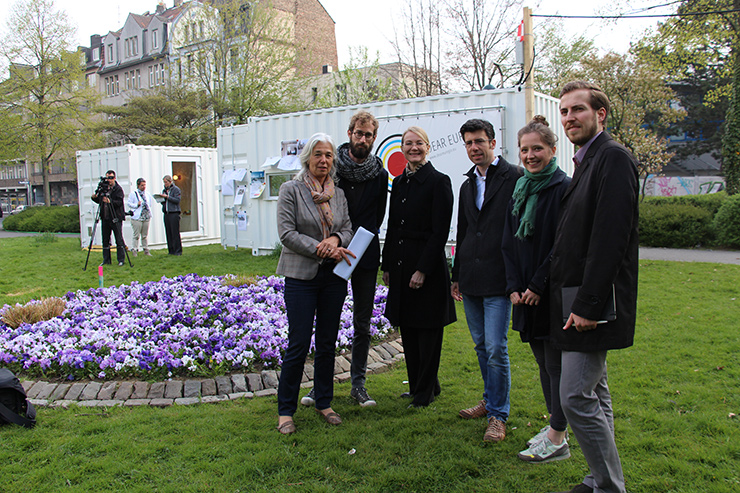