School pupils who welcomed Citizens’ Rail partners to Burnley during the summer are soon to make the return trip – embarking on an adventure to the German city of Aachen.

The story so far
In July, the Year 5 class from Padiham Green CE Primary School greeted Citizens’ Rail partners from France, Germany and the Netherlands at Burnley Manchester Road station. They performed a play about the history of the area’s railway (complete with historical top hats and moustaches – see photos), followed by presentations about what they had learned about each of the partner regions. The children also created a wide range of railway-related artwork, which adorned the station’s new community room.

The partners were hugely impressed and touched by the effort and imagination that the children had clearly invested in learning about the culture, economy, food and history of each local area. The pupils in turn were excited to meet representatives from each of the countries they had been studying – providing a chance to find out more, and to try out their language skills. Uwe Müller from Stadt Aachen said:

“The children’s work and enthusiasm was really outstanding! I was very impressed by what they had learned and presented about Aachen. I hope that one day we might be able to arrange for the children to visit our cities in person.”

The next chapter
Now Uwe’s invitation has become reality. Next month, the class of 30 pupils and 8 adults will be travelling to and staying in Aachen. They will spend one day in a German school, working alongside similar aged children, forging new links and friendships. Exploring Aachen will be high on the itinerary in order that the children can visit the many places of interest previously researched at school in Padiham. A visit to the Netherlands is also planned – travelling by train from Aachen to Heerlen. Teacher Janet Ennis said:

« This exceptional transnational project is about expanding the learning horizons of the Year 5 pupils of Padiham Green CE Primary School, many of whom will be travelling abroad for the first time. The children are very proud to represent their school and also appreciate the task of becoming ambassadors for their town, county and country! »

To prepare for the trip, the children have been taking after school German lessons (see photos below), and their adventure has captured the interest of the town.

The Lancashire Telegraph newspaper recently paid a visit to the school to find out more, and Burnley Football Club invited the children to the stadium to collect a large selection of goodies. The class are now fully equipped with pencil cases and stationery, key rings, door plaques, back packs and beanie hats for the upcoming trip, and even have enough to present to their European school friends too.

The children have been busy raising funds through various events at school to contribute towards the visit. Additional funding for the trip is being provided by Citizens’ Rail, the DCRDF Fund, UK German Connection and Abellio.

Follow the children’s preparations for their trip on their fantastic blog. 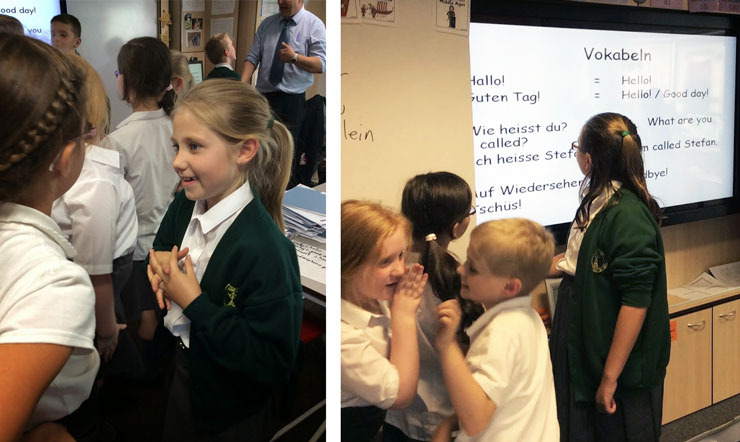 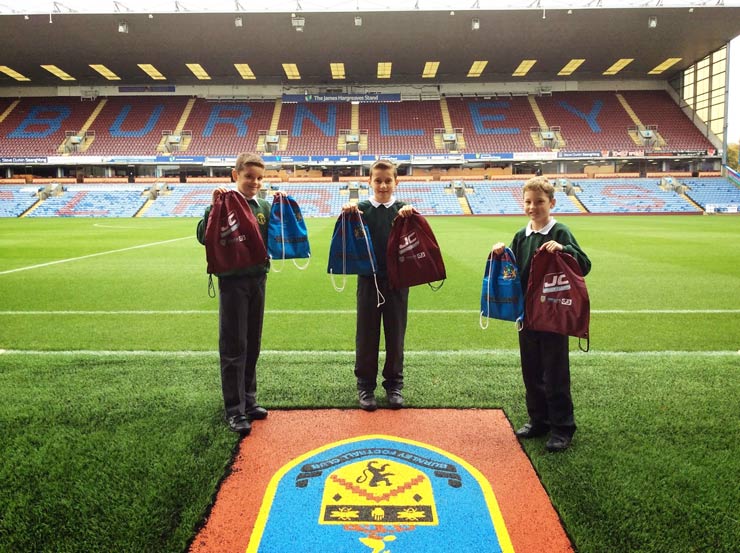