When a station is “invisible” to the public – due to its tucked away location, poor signage or inadequate promotion – bad things happen. Passenger numbers are held back, rail users can feel isolated and unsafe, and the station’s potential is squandered. To crack this conundrum, Citizens’ Rail has been working with local communities on solutions at four stations in the UK, France and Germany. 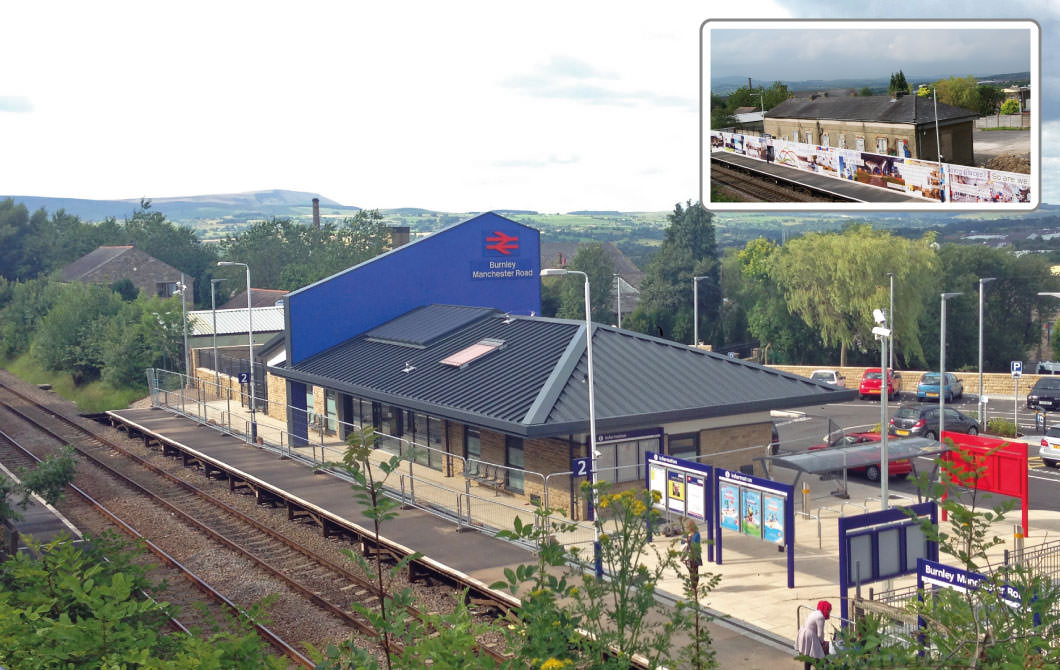 Burnley Manchester Road before (inset) and after

Burnley, located 40km north of Manchester (map), is a town striving for economic regeneration. This has been hampered by the extremely low profile of the town’s busiest station.

The problem
Burnley Manchester Road station closed in 1961, and since re-opening in 1986 has been unstaffed and without an operational station building. To make matters worse, its built-up surroundings impinged on the visibility of the station, which was largely hidden from the busy main road. As a result, Burnley Manchester Road was anonymous within the town. With the station “out of sight and out of mind”, it was all too easy for rail to become a forgotten transport option for many.

The solution
In 2011, Burnley Borough Council purchased the former station building, used for many years as a dairy after the station closed in the 1960s. Funding from the Interreg IVB programme, Burnley Borough Council and Lancashire County Council has enabled this to be replaced by a new building. The decision to rebuild followed a sustainability assessment as part of another Interreg IVB project, SusStation (Sustainable Stations).

Due to the fin’s striking appearance, it attracted a divided reaction among local Councillors, but was approved by Burnley Council’s Development Control Committee by a single vote. Quoted in the local newspaper, Cllr Stephen Large said: “As it is, Manchester Road is a completely dreary railway station, and currently we can’t see it from the road. I think this is the right design and I support it.”

“For some passengers the railway station can be the first impression they get of a town. This is a vitally important project for Burnley’s future economic growth.”

The new building was completed in summer 2014, and opened its doors to the public for the first time on 17th November 2014. It has already attracted strong interest within the rail sector. Visitors have included a special advisor to the UK government’s Department for Transport, who praised the station for its visual appearance and its modular design.

The modular nature of the station means that it could become a template that could be expanded or contracted to suit the local circumstances of other stations. So perhaps in future we will see more blue fins cropping up across the UK and even beyond. 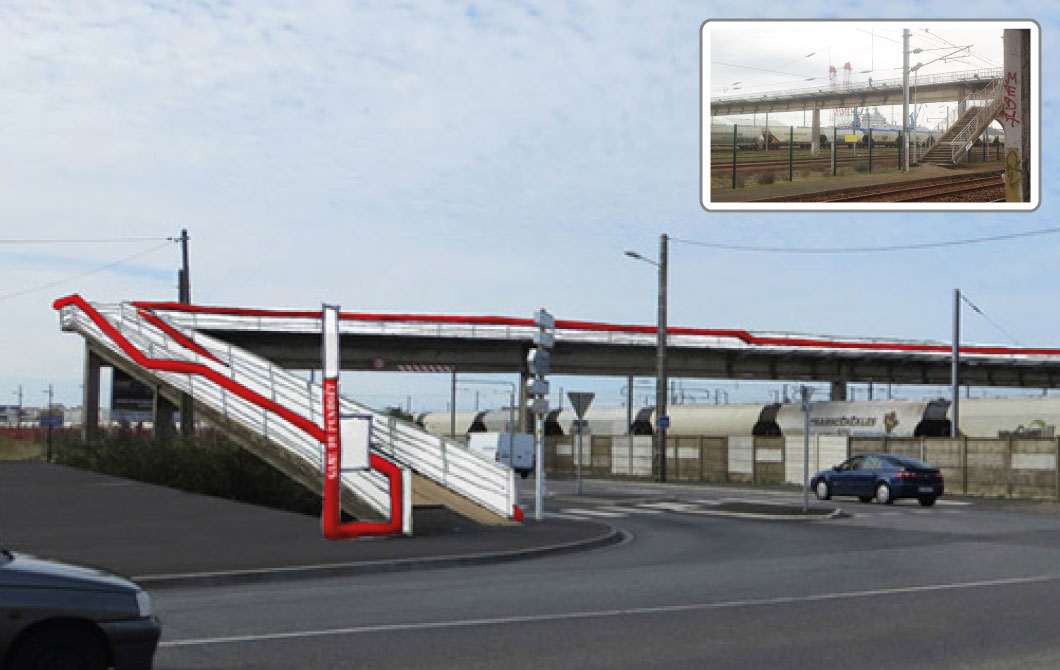 Penhoët before (inset) and proposed

Penhoët is a station close to the docks of Saint-Nazaire in Pays de la Loire (map). Citizens’ Rail is working to improve the station’s negative image through an innovative makeover, developed in partnership with the local community.

The problem
Despite its proximity to residential areas, the station has very low recognition among the local community. When surveyed, more than half of local people did not even know the station existed. Those who do use Penhoët view the station as isolated and, at night, potentially intimidating. Two thirds said they were dissatisfied with the station. The station is currently mainly used by shipyard workers.

The solution
As part of Citizens’ Rail, a competition was held among students from Nantes Design School to generate radical plans to improve the station’s image. Nine concepts were developed for the refurbishment of the station, incorporating ideas as varied as airport travellators and a giant life ring (see images).

The designs were showcased at a public exhibition. Nearly 200 people attended, eager to help shape the future of their station. Informed by a public vote on the designs, regional and city elected representatives selected the “Tuyau Toi” (or “You Pipe”) as the concept to take forward.

It features an illuminated pipe stretching across the footbridge to increase the visibility of the station during both day and night. The installation of a “lightning totem” is also being considered along the boulevard to help to signpost the station.

The design is planned to be implemented in 2015 to create a safer, more visible and attractive station. 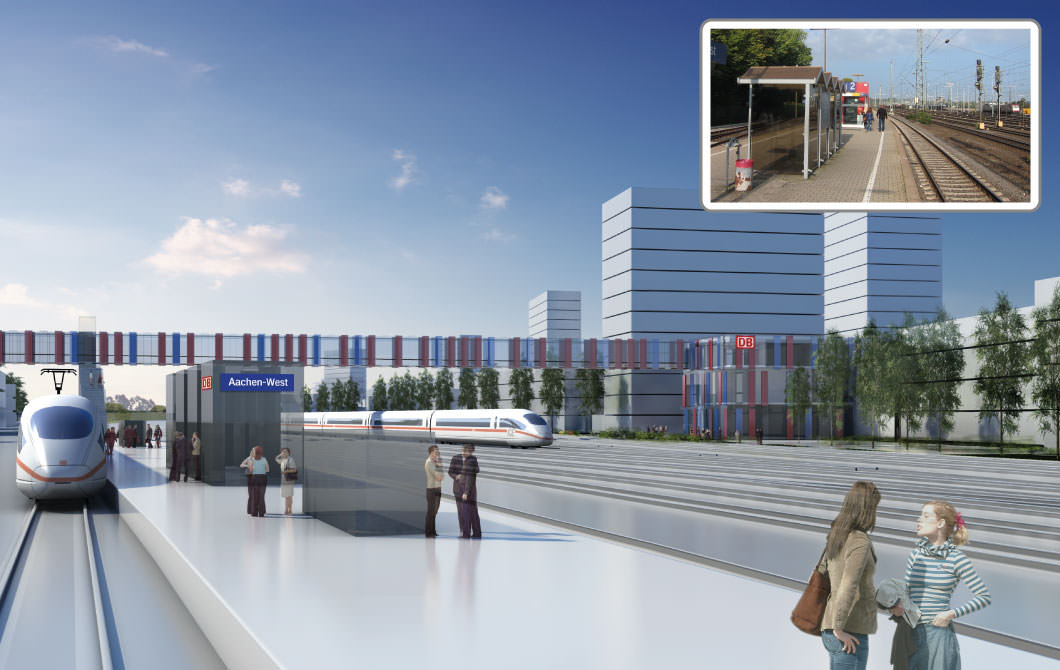 The German city of Aachen (map) has a thriving and rapidly growing university. However, its students and staff are currently served by an inadequate station. Citizens’ Rail is helping to plan major improvements.

The problem
With the expansion of RWTH Aachen University set to create 5,000 to 10,000 new jobs over the next decade, the university’s station, Aachen West, is in the spotlight.

However the current station is very basic. Its bland appearance gives it little presence and visibility, and the only way to access the station is by using the stairs – with no wheelchair access possible.

The solution
An ambitious plan for a new bridge across the station would remedy this, with lifts installed to provide easy access to each platform.

Aachen’s transport authority AVV and the City Council are bringing together the local community, businesses and rail partners to plan the proposed improvements.

A €6.4 million infrastructure upgrade subsidy was secured earlier in 2014, and a contract has been awarded for the writing of a feasibility study.

It is hoped that this will be followed by an open architectural competition in 2015 for the design of a new station bridge and potentially a station building. This would include architecture, urban design and technical aspects.

One idea that is being considered is for students and university staff to be involved with judging the entries. 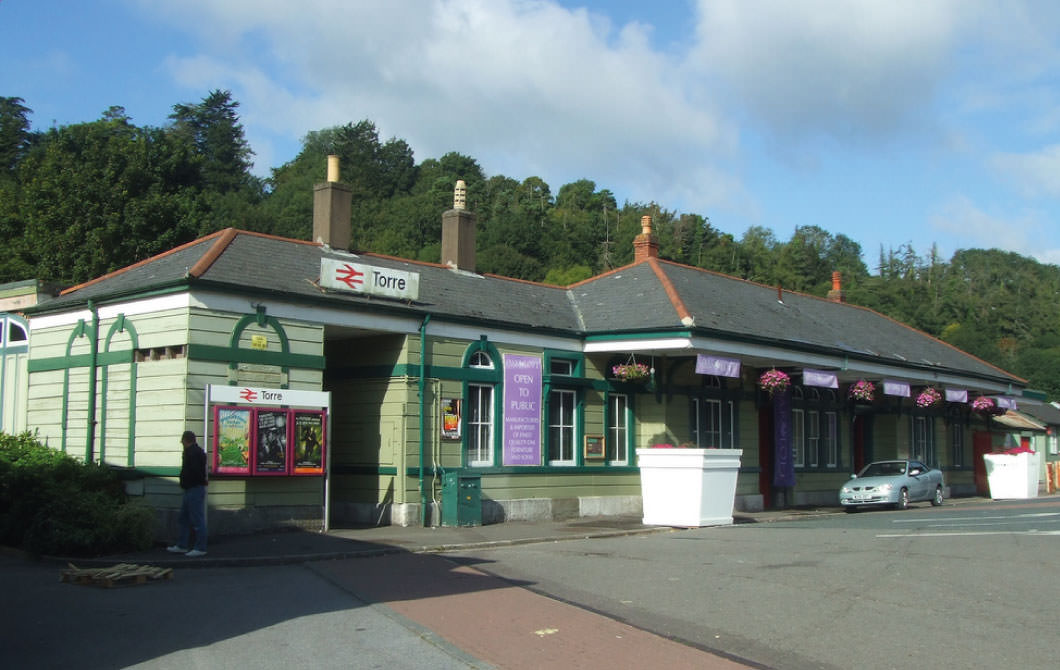 Torre is an unstaffed station in Torquay in the South West of England (map). It has a very low local profile, despite being well placed to serve residents and businesses. Citizens’ Rail is using measures including targeted marketing and community engagement to remedy the problem.

The problem
In terms of local profile, Torre is often over-shadowed by Torquay’s main station, located a mile to the south. This issue is exacerbated by the fact that the majority of Torre’s station building has been sold and converted into a furniture shop (see purple branding on photo). This significantly reduces the station’s visibility.

The solution
A major marketing campaign by the Devon & Cornwall Rail Partnership is underway in the local area to raise awareness about the station. The first step was a series of local newspaper adverts to promote the more frequent service now running every weekday from the station, 50% funded by Interreg IVB. This was accompanied by a local competition to win a pair of train tickets to London.

A website was created to provide practical advice about travelling by train and links to journey planners, season ticket calculators and other useful resources. Visit the site at www.TheRivieraLine.com.

A Torre and Torquay rail leaflet was also delivered to more than 15,000 homes in the local area, providing a map of the station’s location, information about buying tickets, and ideas and fares for day trips by train. Further newspaper advertising is currently taking place to continue to raise the station’s profile.

This has been complemented by a programme of community engagement carried out by Citizens’ Rail’s dedicated Riviera Line officer. This has included promoting rail travel to local businesses, running stalls at events including Torbay Carnival, and engaging local stakeholders through regular line forum meetings.

A question for you

Are you involved in a project to improve an “invisible station”?

If so, we would love to hear about your experiences and the lessons that you have learned.

Add a comment below or email us at our lead partner DCRP.