As part of Citizens’ Rail, a branded “Visit South Devon” train has been unveiled to encourage people to visit destinations on the scenic Riviera Line between Exeter and Paignton.

The First Great Western train will travel the region’s rail network for the next two years promoting tourist hotspots including Dawlish Warren, Torquay and Paignton. It marks the latest phase of a wider Riviera Line marketing campaign by the Devon & Cornwall Rail Partnership as part of the EU Citizens’ Rail project.

As well as traditional and online marketing to encourage people to visit the area by train, the European project has also part-funded improvements at stations along the line, additional trains between Newton Abbot and Paignton, and community engagement work with volunteers, local residents and schools. 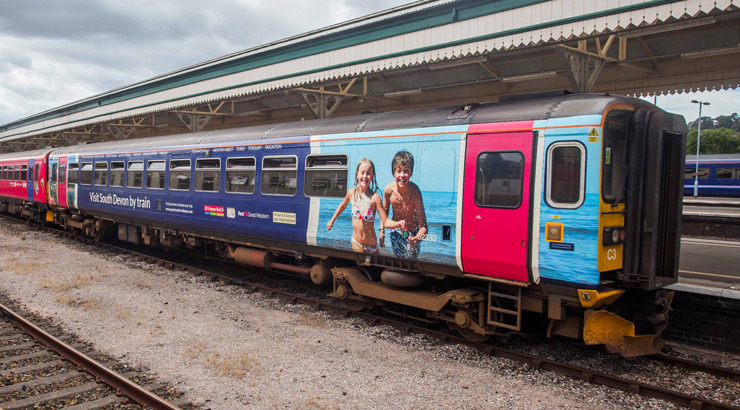 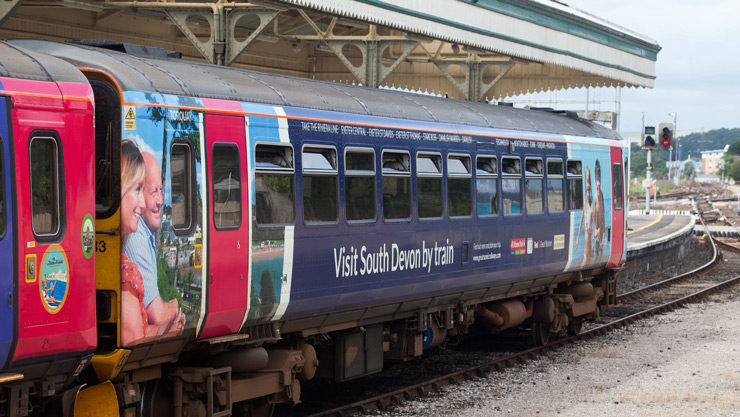 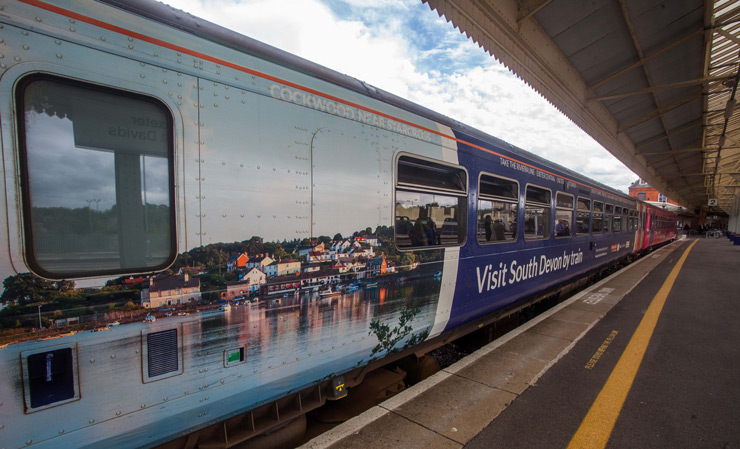 First Great Western’s Regional Development Manager, Dan Okey, said: “Dedicated to the communities we serve, we recognise the value of rail to the local and national economy. This train, that will be seen by thousands as it travels through the south west, aims to remind us all of the beautiful sites on our own doorstep, and the opportunities there are to be a Great Westerner.”

Councillor Andrew Leadbetter, Devon County Council’s Cabinet Member for Economy and Growth, said: “This advertises a great example of what can be achieved through partner organisations working together. Since these enhancements started, patronage has risen by 15% despite the setbacks at Dawlish last year.

The success of this initiative has led to government instating a full two trains an hour service into the new Great Western Franchise from 2018, providing greater local connectivity between Exeter, Newton Abbot and Paignton as well as better connections to long distance trains.”

Torbay Council’s Executive Lead for Planning, Transport and Housing, Councillor Mark King, said: “Our work with Citizens Rail has continued to yield fantastic opportunities. Visit South Devon is a very strong brand and we are delighted that this train will be encouraging tourists to travel by rail to our area from across the First Great Western network.”

Richard Burningham, Manager of the Devon & Cornwall Rail Partnership, said: “The train will be a great way to promote what South Devon has to offer and how accessible the area is by train. We’re extremely grateful to First Great Western for making the new livery possible.”