Home / Project-wide news / All aboard the Citizens’ Rail train

All aboard the Citizens’ Rail train

All aboard the Citizens’ Rail train

The Citizens’ Rail project is now being promoted across the South West of England thanks to a new train livery unveiled last week.

Train operator First Great Western – heavily involved in our Riviera Line project – kindly offered to rebrand the Class 153 train to coincide with our latest partner meeting. On Thursday 5th March, our French, German, Dutch and UK partners travelled to Swindon for a meeting at First Great Western headquarters, and then saw their unmissable red train arrive at the station. The “photo bubbles” on the train show the different types of community engagement undertaken during the project, ranging from our family Minibeast Trail, to transnational student masterclasses, to work with volunteers.

The unit (number 153325) will now travel the First Great Western network spreading the word about the project. It’s already been spotted at stations including Totnes and Dawlish (see final photo below), where it was described as “rather stunning” by one commentator, Colin J. Marsden, editor of the Dawlish Trains website.

A second train livery, promoting travelling to South Devon by train, is also currently in production. The units were in need of rebranding as they were in London Midland rather than First Great Western colours. See more photos: 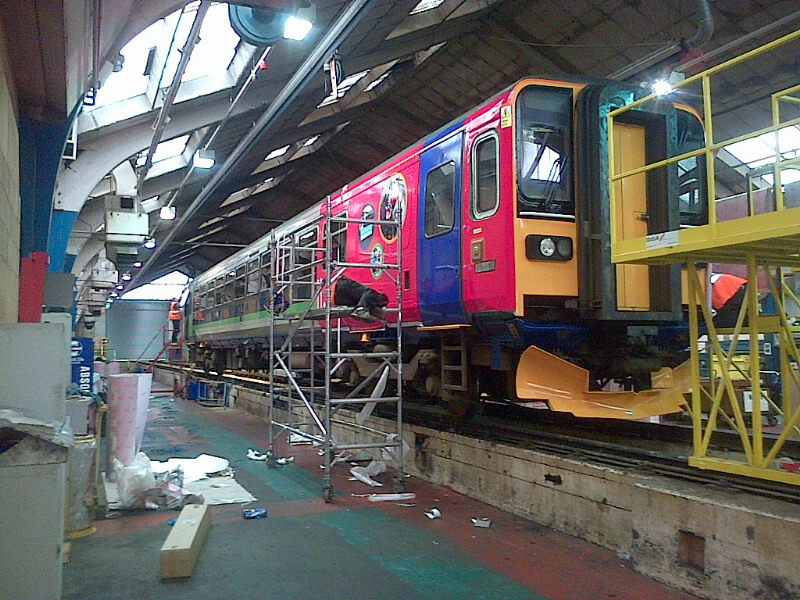 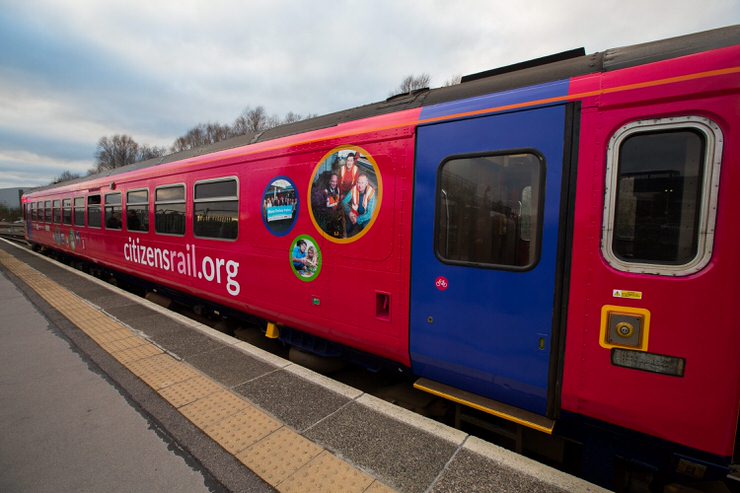 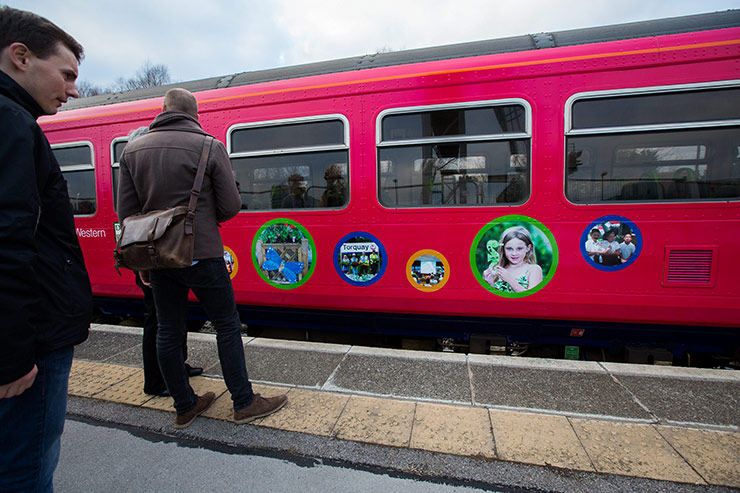 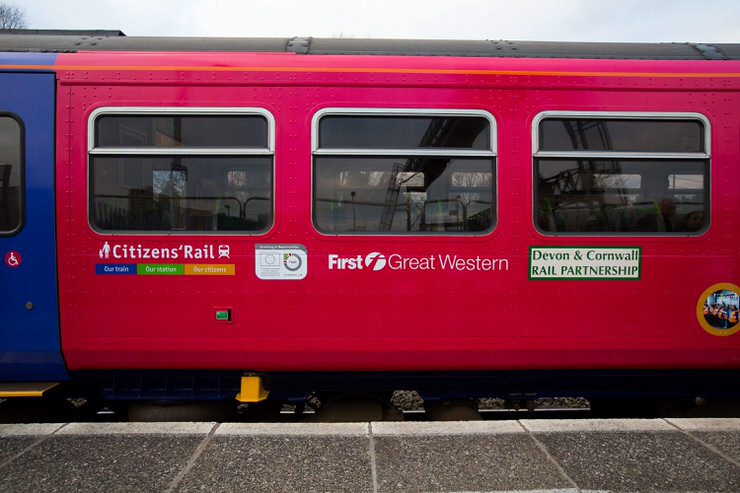 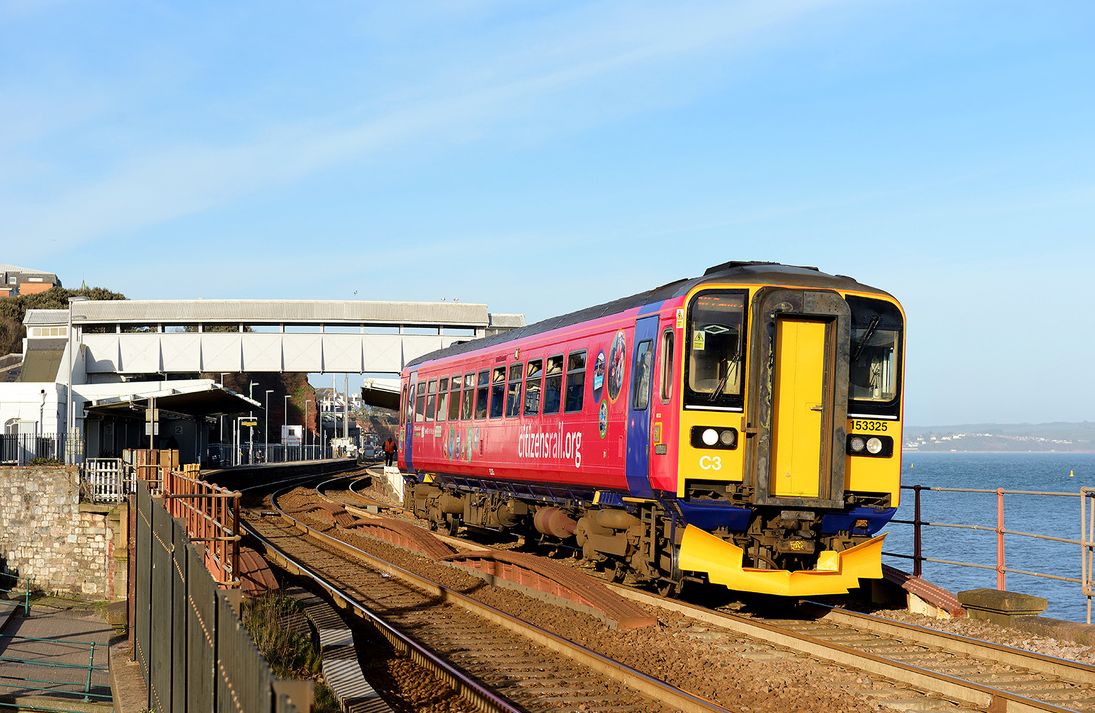 Video at Torre station by William Spencer. (15 seconds into the video, you can see Torre’s new shelter, constructed as part of the Citizens’ Rail project.)