Conference and rail awards ceremony to draw hundreds to Torquay

Conference and rail awards ceremony to draw hundreds to Torquay 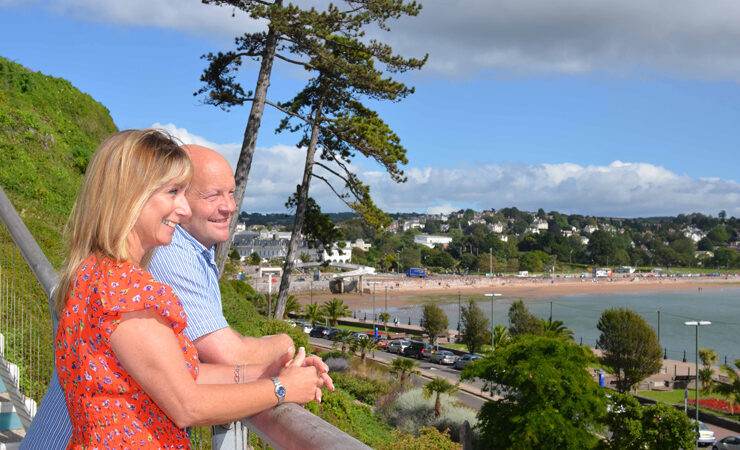 One of the UK’s leading rail industry awards evenings will be held in Torquay this week, boosting the town’s hospitality sector with the arrival of more than 300 rail professionals and volunteers.

The annual Community Rail Awards will be held at the Riviera International Centre on Thursday 1st October. It will celebrate projects from across the country that involve local communities in their railways. It was last held in the South West in 2008, when it was hosted in Plymouth, home to the Devon & Cornwall Rail Partnership. The Partnership works to promote the branch lines of the two counties, and several of its projects have been shortlisted for this year’s awards. These include its family-oriented Minibeast Trail on the Riviera Line (Exeter-Paignton) and its revamped Great Scenic Railways website.

The awards are organised by the Association of Community Rail Partnerships, and will be hosted by Mark Hopwood, Managing Director of train operator Great Western Railway. The evening ceremony will be preceded by a one-day European rail conference, also held in the Riviera International Centre, to celebrate the completion of the EU Citizens’ Rail project, led by the Devon & Cornwall Rail Partnership.

Launched in 2012, the project has worked in the UK, France, Germany and the Netherlands to develop local and regional railways by involving the community. On the Riviera Line, the project has part-funded improvements at stations along the line, additional trains between Newton Abbot and Paignton, marketing campaigns, and community engagement work with volunteers, local residents and schools. This has led to a 15% increase in passengers, despite the huge disruption caused by last year’s closure of the line at Dawlish.

“The local part of our EU Citizens’ Rail project has been all about improving Torbay’s railway, with more trains and better stations, particularly Torre. We are delighted to be holding our final conference for the project in Torquay and for Torquay to be hosting the prestigious National Community Rail Awards, all of which will boost Torbay’s local economy.”