Passengers were treated to European breakfast snacks on the Citizens’ Rail “beach train” this weekend. The breakfast was held to celebrate the role of the EU Interreg IVB programme in making the service possible.


The award-winning beach train provides weekend services on the La Roche Bressuire line, offering great value days out to the coast in Pays de la Loire. The project, backed by a fantastic marketing campaign, has helped to attract thousands of new passengers to what was previously a struggling line.

The European breakfast giveaway was inspired by a similar exercise to celebrate the launch of extra services on The Riviera Line in Devon. Passengers between Paignton and Newton Abbot enjoyed snacks representing Citizens’ Rail’s French, Dutch and German involvement. This included pains aux raisins, Dutch waffles and Printen from Aachen.

The two breakfast events are an example of the way that partners in Citizens’ Rail are learning from each other and collaborating to develop local and regional railways. 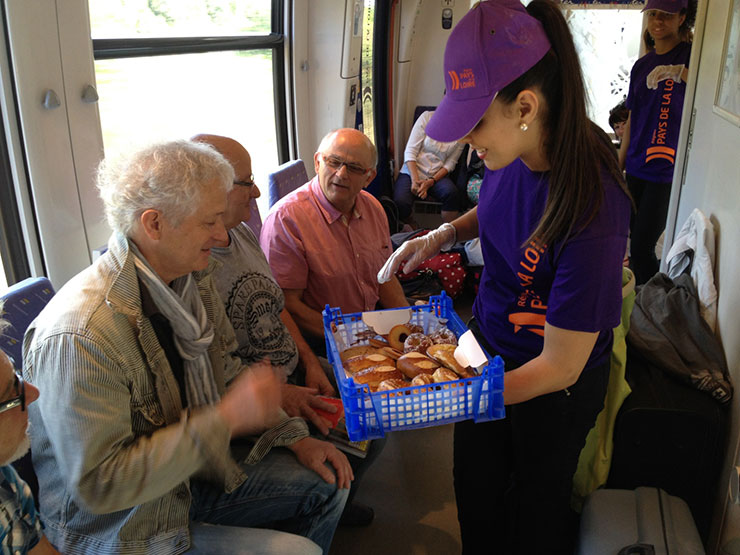