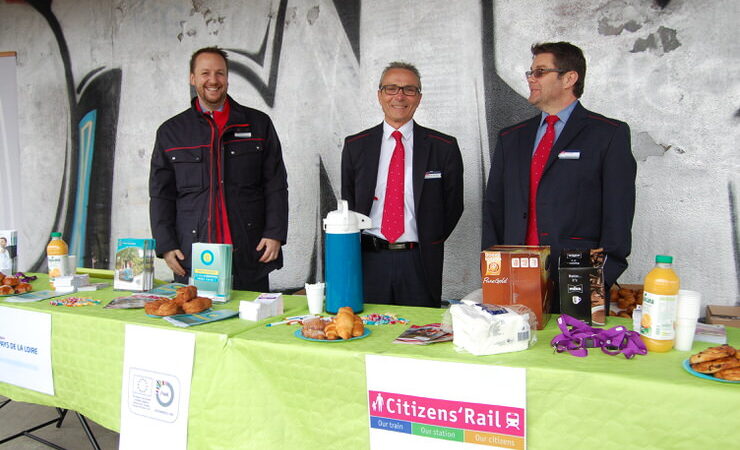 Our French partner, Région des Pays de la Loire, has once again proved the power of using food to engage people. Their snacks and information event at Penhoët station in Saint-Nazaire enabled staff from SNCF TER and the Région to consult 150 people and let them know about upcoming station improvements.

The event built upon Citizens’ Rail’s “European breakfast” mornings on The Riviera Line in the UK and on the La Roche Bressuire line, also in Pays de la Loire. However this time there was a new twist, with the food prepared by college students from the nearby Lycée des métiers Sainte-Anne. 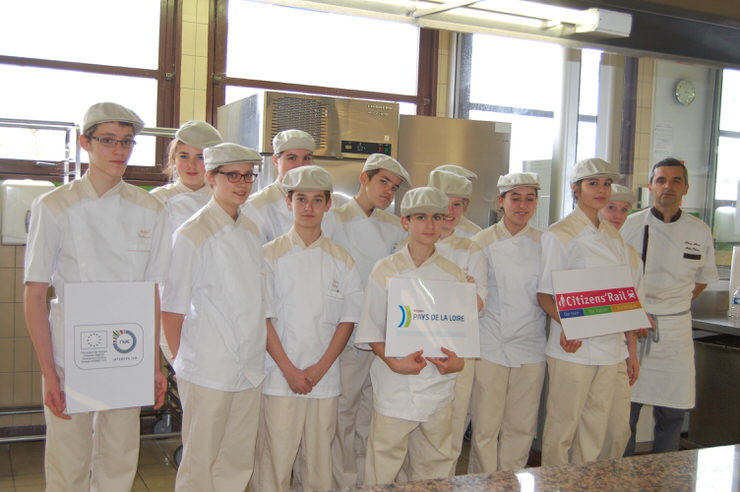 The afternoon stall allowed station users and local residents to find out more and ask questions about the big improvements that will happen at the station later in the year. 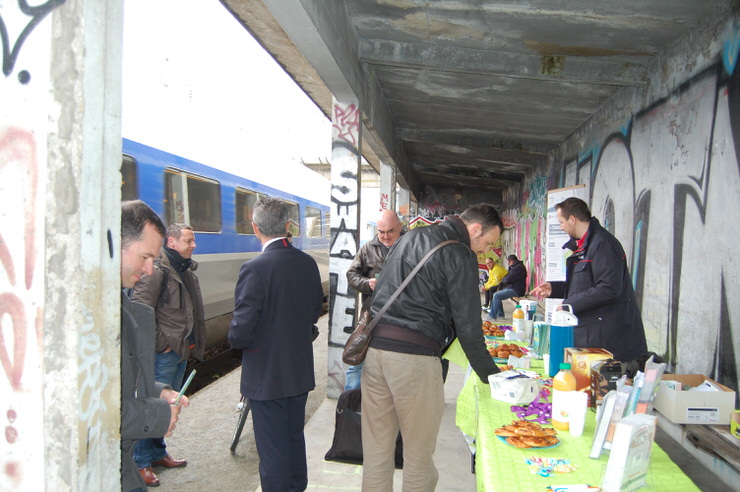 The event will be followed with a pair of storytelling sessions at the station in April and June, as the next stage in Région des Pays de la Loire’s community engagement programme.