The report – which highlights Citizens’ Rail and the contribution of the EU Interreg IVB programme – shows that local routes with Community Rail Partnerships (CRPs) are seeing a higher growth in passengers than other local routes, while volunteer station adopters are making a real difference by transforming local stations into a pleasing environment.

The main findings are:

• 2.8% additional growth on community railways compared to regional lines.
• CRPs add value and ‘pay for themselves’.
• 3,200 community rail volunteers give 250,000 hours of their time worth an additional £3.4m p.a. to the rail industry
• Station adoption leads to improved station environments and stronger communities.

One of the report’s “key lessons” is the value of working in partnership, with Citizens’ Rail and the EU Interreg IVB programme highlighted as a good example. The project’s work at Burnley Manchester Road is applauded in the report as a “remarkable pulling together of different agencies and partnership investment strategies which will help revitalise Burnley”. Richard Watts of Citizens’ Rail partner Lancashire County Council is quoted in the report:

“Partnership working has been key to delivering the new station at Burnley Manchester Road. Working with both the East Lancashire Community Rail Partnership and the Citizens’ Rail Interreg IVB project has added value to the project and the transnational exchange of ideas has enhanced the design of the new station and increased its visibility to the citizens of Burnley.”

Read the executive summary or the full report: 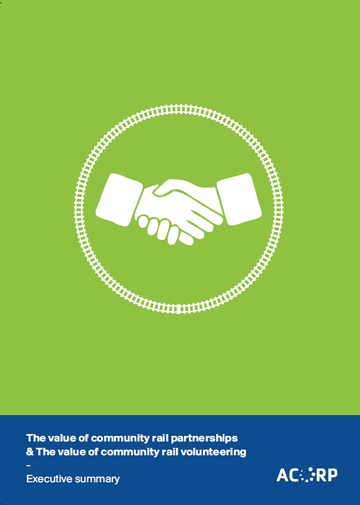 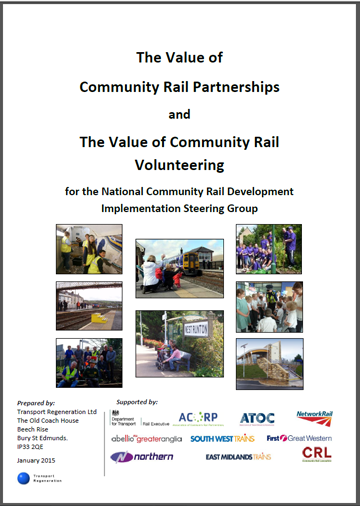 As well as promoting local railways and encouraging more people to travel by train, CRPs add economic, social and environmental value to their lines, by bringing together local people and the rail industry to develop solutions. Their collective initiatives provide access to jobs, schools, shops, tourism attractions and other services, contributing to sustainable communities.

CRPs were first developed in the 1990s and the National Community Rail Strategy was launched in 2004. This report shows that the Department for Transport, train companies, Network Rail, ACoRP, CRPs and station adopters contribute to a continuing renaissance in regional rail travel, with local routes and the stations along them thriving – in some cases surpassing previous record levels of patronage.

The Citizens’ Rail project represents an expansion and next step for this success story – involving French, German and Dutch partners to learn from and build upon the UK’s track record of involving people in local and regional railways.

Commenting on the report Baroness Kramer Minister of State for Transport said:

“Community Rail Partnerships have a vital role to play in building a stronger economy and a fairer society, as demonstrated powerfully by this research. By encouraging more people to travel by train, they bring real economic, social and environmental benefits to their areas, and support the record investment we are making in the rail network. I hope this inspires more people to set up partnerships and develop their own community railways.”