Penhoët station had a problem. It was perceived by passengers as an isolated and at night potentially intimidating place. Citizens’ Rail worked to improve its image through an innovative makeover carried out in partnership with the local community.

The concept for the improved station, called “Tuyau Toi” (or “You Pipe”), emerged from a competition between students from Nantes Design School. Nine designs were created and were showcased at a public exhibition attended by 170 people in February 2013. Tuyau Toi was selected by regional and city elected representatives as the design to take forward in June 2013. A pre-project study was then carried out. A series of community events began in spring 2015 to inform station users and nearby residents about the upcoming improvements to the station, implemented in the second half of 2015. 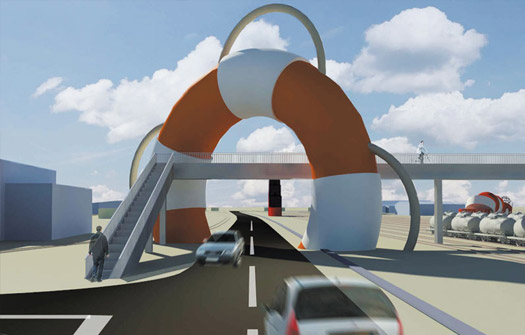 Students from Nantes Design School developed nine concepts for the refurbishment of the station, incorporating ideas as varied as airport travellators and a giant life ring (see more of the designs).
Community engagement 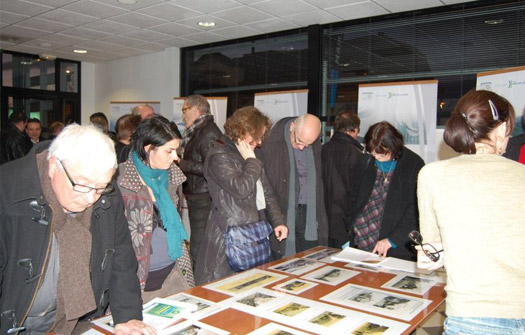 A public exhibition of the concepts was accompanied by a survey – filled in by more than 200 people – through which they could vote for their favoured design.
Feasibility
study 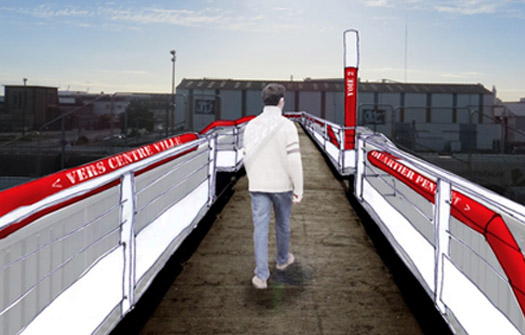 A feasibility study was carried out in December 2013. A pre-project study followed in 2014.
Implementing
improvements 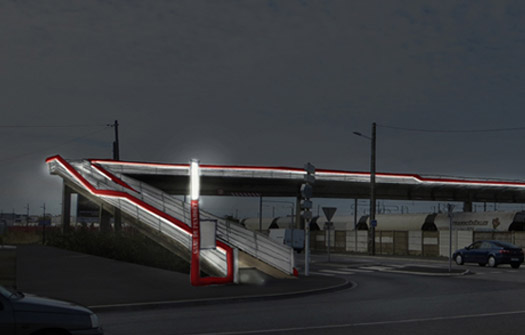 The improvements at the station were implemented in 2015. Community engagement events (see three examples) also helped local residents to (re)discover their station.