Involving stakeholders in your railway project


The following section gives you an overview about the framework in which stakeholder participation takes place in the context of railway projects.

This includes types and methods of stakeholder analysis, participation as well as evaluation. Other sections of the toolkit show you examples from the Citizens’ Rail project, so that you can easily adapt the information to your railway projects. 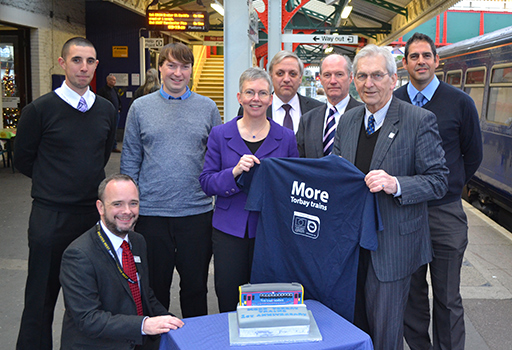 Why do it? - Why have participation in railway projects?
The answers to these questions can be derived from scientific literature as well as the results of an internal practitioner survey in the Citizens’ Rail project. More information can also be found in section How and when can stakeholders be involved in your railway project? (within the How to do it? section). For ‘good’ stakeholder participation you also have to consider their needs, not only yours: Participation can change the relation between (local) administration and policy on the one and citizens on the other side. On an abstract level, it can be distinguished between normative (democratic society, citizenship, equity) and pragmatic (quality of decisions, durability of decisions) benefits1. For example, the perspective towards the benefits of participation can be as follows:

What do Citizens’ Rail practitioners say?

An internal survey revealed the motivation for Citizens’ Rail partners for citizens’ participation as follows:


Hear from one of the Citizens’ Rail project partners: 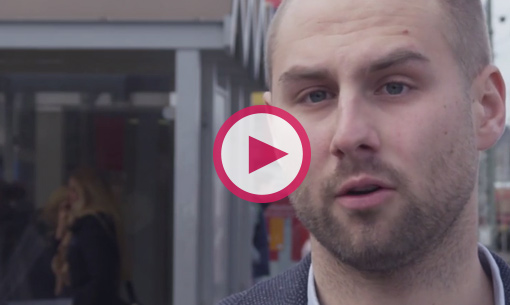 Typical railway projects with participation
A diversity of stakeholders are included in every railway project, ranging from public to private and local to even international level. Besides participation in ‘hard’ infrastructure projects, e.g. focusing on station and line implementation or improvement respectively, especially ‘soft’ community engagement offers big opportunities for people to get involved in railway projects. In the Citizens’ Rail project, we used the following project categories:

Read more about the projects in the toolkit or on the main Citizens’ Rail website.

What is a stakeholder?
There is no clear definition for the expression stakeholder. In general it´s a person, group or organization which has legitimate concerns regarding the progress or results of a process or project. In particular the Citizens´ Rail project is about conducting regional rail projects, we define stakeholder – according to the Project Management Institute (PMI) as ‘an individual, group, or organization, who may affect, be affected by, or perceive itself to be affected by a decision, activity, or outcome of a [rail (sig.)] project’2. To simplify you can also speak about interest groups and persons concerned or in a more positive sense about supporters, facilitators or co-operators.
Following the above mentioned definition every rail passenger is a stakeholder, because she/he can be affected by a rail project. From a practical point of view you maybe focus on the people and organizations that are actively involved and engaged in regional rail development, either continuously or in a specific project context.

Read more about stakeholders in the section How to do it?

Participation is a broad concept that describes the myriad of ways how the public expresses their opinions, concern and needs regarding the decision-making process in society. Participation describes and explains how communities interact with government and administration. In a narrower sense it refers to political activity (participatory democracy). Citizens´ participation can be stimulated ‘top-down’ through public administration and government and/or demanded ’bottom-up’ through the public.

If you would like to get in touch with participation, ask yourself:

Read more about the foundations of participation.

Read about how to do participation in the How to do it? section below.

The term ‘evaluation’ at first simply means to assess something. Nevertheless there are a lot of basic rules and standards that determine ‘good’ evaluation and distinguish it from ordinary or ‘everyday’ assessment. More details about what evaluation is and how it can be done in participatory railway projects can be found in the ‘evaluation’ section of the toolkit.

Railway projects, participation and evaluation- How do they relate to each other?

You will find more details (e.g. definitions, How-To’s) in other sections of the Citizens’ Rail practitioners toolkit. Just browse the relevant sections.

How to do it? Stakeholder Analysis and Participation

How to identify stakeholders? – Stakeholder Analysis

Depending on your needs, you can conduct a rather simple or more sophisticated stakeholder analysis 7, 8. In the figure below you can see three possible steps and several analytical methods that can be used for stakeholder analysis in your railway project. While step one and two are rather obligatory, step three can be seen as an additional option, if information about the relations between stakeholders themselves is needed.

Most simply and at first you can brainstorm and draw up a list for identifying relevant stakeholders. Then you can analyse the views of actors and/or the nature of actors’ involvement in your project. A possible result of such a simple analysis could be that you get an overview (e.g. a table) about which stakeholders have positive, negative or neutral attitudes towards or influences on your project (see also Resources). In an in-depth analysis you can further investigate stakeholders’ views on visions, problems or solutions. The section How and when can stakeholders be involved in your railway project? (in the How to do it? section below) gives you further examples of possible results.

An excellent overview about steps and related analytical methods that can be used for stakeholder analysis in your railway project is given here (see also 9 for further actor analysis methods).

Typical stakeholders that were involved in Citizens’ Rail are (in alphabetical order):


The following stakeholders may also be relevant for your project:

How and when can stakeholders be involved in your railway project?
As already indicated in this section, most literature indicates that stakeholder participation is most effective, when it’s done as early as possible and throughout the project. Nevertheless, the forms and intensity of stakeholder participation may differ depending on the project phase and relevant stakeholder groups. Therefore, we suggest to adapt the following typology, which considers the roles of stakeholders, the intensity of involvement, as well as the timing of a project10. You can also use the information in this section as a blueprint for your stakeholder analysis, see above (see also Stakeholder Management).

Based on this approach, stakeholder involvement in your railway projects could look like this:

1. These examples are meant to indicate which railway stakeholders are most likely to take over the associated roles (for a list see section “How to identify stakeholders? – Stakeholder Analysis”). In reality, stakeholders can play multiple roles in one or different projects and many unmentioned stakeholders could be important for your project.


After being clear about whom to involve and when, you may ask how to involve stakeholders in your railway project. Good overviews about definitions and typologies are given elsewhere [e.g. 1, 10]. Here we like to present a matrix, which combines targets and forms of stakeholder participation. Just click on the linked items to get examples from Citizens’ Rail or other sources.

Back to the Evaluate Your Success page