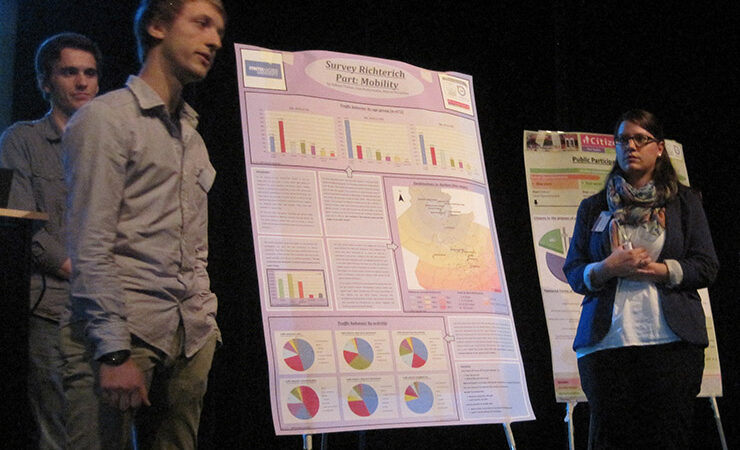 Students from RWTH Aachen University have uncovered strong public support for a new station at Richterich, with 80% of those surveyed eager to be involved in the project’s planning.

660 local residents were consulted through face-to-face interviews and online surveys during July 2013. The 10 students asked what level of participation people wanted to have in the new station project, as well as their preferences regarding destinations and the choice between the North and South variants of the plan.

71% said would use the train (because it would be quicker than the bus and more convenient).

21% said they would not use the station (due to anticipated delays and being satisfied with the existing bus service).

80% wanted to be involved in planning the new station.

The students found that it is the youngest and oldest residents who rely most heavily on existing public transport in the form of the bus service.

It is estimated that 1000 passengers would use the new station per day.

Other priorities include greening and noise protection for local residents.

There is an even split between those wanting a station with modest features but that is quick to realise, and those wanting a more comprehensive station that may take longer to build.

Find out more about the project to develop a new station in Richterich.