Friends of Dawlish Station thanked by Secretary of State for Transport

Friends of Dawlish Station thanked by Secretary of State for Transport 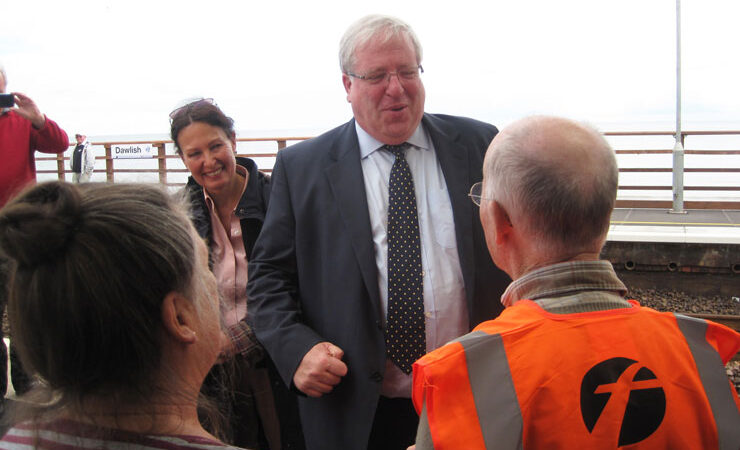 The Friends of Dawlish Station have been personally thanked for their efforts in rejuvenating Dawlish station by the UK’s Secretary of State for Transport, Patrick McLoughlin MP.

The Secretary of State visited the station with First Great Western, Network Rail and local MP Anne Marie Morris to discuss the future safeguarding of the line and to meet the Friends group and see the fruits of their hard work.

Supported by the EU Citizens’ Rail project, the previously dormant group was revitalised after winter’s devastating storm damage to the line, and gave the station a green makeover in time for its high-profile re-opening in April 2014. The group is now self-sustaining and undertakes regular watering of the plants that now brighten the station. This creates a welcoming first impression for visitors to the town.

The success of the group has been followed by the creation of a new Friends Of Teignmouth Station group at the next station along the line.

Read about how the outstanding teamwork to restore Dawlish station has been shortlisted for a national award.