Enhancing your line with more trains and better stations takes time – but it is possible.

The key is to carefully consider the business case for your idea, and to build up a partnership of organisations by approaching them in the right sequence. Our tips below will help you to do this.

With planning, persistence and patience, your idea may come to fruition. But the hard work doesn’t stop there – it’s then time to promote your success to passengers. 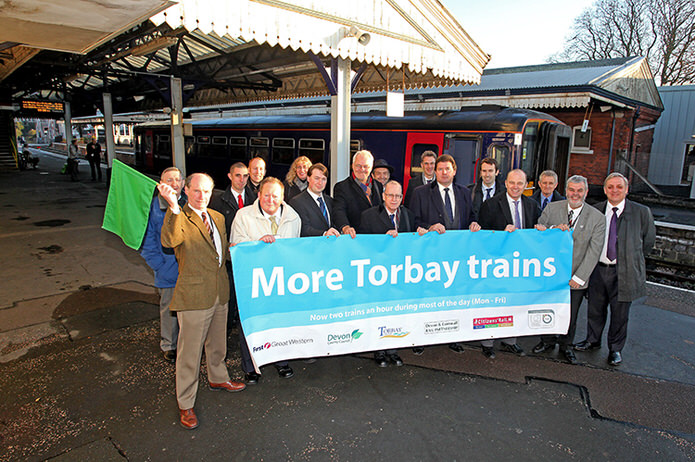 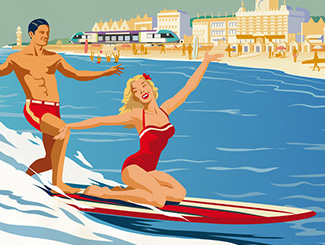 Région Pays de la Loire has taken a line blighted by having too few trains and even fewer passengers and transformed it into a thriving resource that boosts tourism and the economy.

The challenge of revitalising the line between La Roche-sur-Yon and Saumur was a significant one. Despite the potential importance of the line for rural and coastal communities, services were infrequent and passenger numbers sometimes chronically low.

The response was four-pronged – consisting of additional services, substantial marketing campaigns, community engagement and station improvements. This recipe is working. The hugely popular “beach train” which was launched on summer weekends in 2013 was heavily over-subscribed, with extra trains having to be drafted in. Passengers gave an overwhelming thumbs up to the service, with satisfaction ratings hitting 90% and the only grumble being overcrowding – and this on a line which was sometimes practically deserted.

In subsequent years, the beach train has returned for extended seasons, and in 2015 is joined by a “castle train” promoting trips in the other direction, inland to visit the region’s picturesque chateaux. Read more. 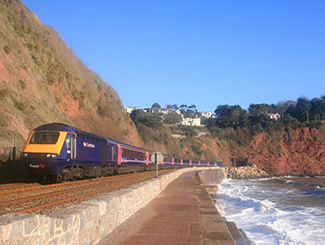 The Riviera Line (Exeter-Paignton) has a regular off peak service of one train an hour in each direction. There has long been a local aspiration to increase this to two an hour, but lack of rolling stock, staff and funding prevented this.

Neither the necessary rolling stock nor funding could be found to fulfil the complete aspiration along the whole line. However a “stepping stone” initiative was agreed: at least two trains an hour throughout most of the day between Newton Abbot and Paignton.

Introduced in December 2013, this has been such a success that, following the end of the Citizens’ Rail project and an additional short period of local authority funding, the Government has agreed to continue running the additional trains as part of its franchise contract with First Great Western. From December 2018, the full service of two local trains an hour along the whole route will be introduced, without the need for any outside funding. Read more. 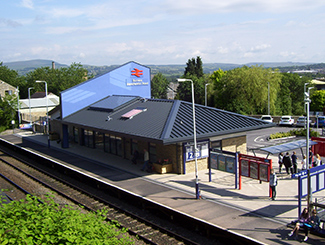 Following a multi-million pound investment and almost a decade of partnership work between Burnley Council, Network Rail, Lancashire County Council and Northern Rail, the town of Burnley in North West England has its first direct train service to Manchester in over 40 years.

The reinstatement of 500 metres of rail track known as the Todmorden Curve has improved journey times and will be a vital catalyst for jobs, economic growth and the visitor economy.

The direct service complements the new station building at Burnley Manchester Road, the town’s busiest station. Funded by Citizens’ Rail, the community-focused building (pictured above) is attracting more passengers and delivering increased customer satisfaction (read research findings). The station now provides a booking and information office, a classroom, and acts as a base for the East Lancashire Community Rail Partnership. Read more.

Think through exactly what you would like to see, and ask yourself who agrees with you.

Think hard about these issues and come up with good answers to these questions and similar. That will be essential in future stages. If you are in the UK and have a Community Rail Partnership for your local line, give them a call and they can give you informal advice and point you in the direction of key contacts (if you are outside the UK, get advice about which organisations to contact on our page about how the rail industry works in France, Germany and the Netherlands).

Are there any plans for development or improvement already in place? What investment work, if any, is planned for the route and how do your ideas link in?

The next stage is to get talking. Whatever your idea, the rail industry will not consider it unless it is supported by the local government body responsible for transport in your area. In the UK, this is often the County Council.

Make contact with them and talk to the official who deals with rail issues. You absolutely need this person, their colleagues and the elected members, particularly the local ones, on your side to progress. Work with them and be flexible. Be prepared to compromise.

If there is a Community Rail Partnership covering the route, you need their support too – they can be a very great help in making your idea a reality – so make contact with them before you go to the local government body.

TAKE IT TO THE RAILWAY

If your idea has reached this stage, it is time to talk to the railway.

You do need to take these stages in order – you might be tempted to simply go straight to the railway and, if you do, you will almost certainly get nowhere.

A well thought through plan worked up in broad detail, which meets an identified need or clear potential, and with the support of the local government body and Community Rail Partnership has the best chance of all of progressing.

The local government body official and Community Rail Partnership will tell you who the key rail contact is. A joint approach is best.

BE PERSISTENT, BUT ABOVE ALL PATIENT

Following your meeting with the railway, it should now be becoming clear how achievable your idea is, in what timescale and at what cost. If things are going very well, you will have an idea where the money to pay for it will come from and what will be needed to get it.

The two key things now are to be very politely persistent and to be patient. Keep in contact particularly with the local government body rail official, the Community Rail Partnership and the key local rail manager.

Keep your idea on the agenda and help look for opportunities to make all or even part of your idea a reality. Recognise that these things do take time, often quite a long time, but that if it is a good enough idea, with wide support, then the day should come when your idea is “the next thing to do”.

When the day comes, and your idea or a version of it is agreed and implemented, celebrate and make sure the bodies and everyone who has helped make it happen is publicly thanked and credited. Hold an event on the opening day to celebrate.

Look for opportunities to celebrate success once the idea has been implemented. A lot of people will have done a lot of work to make your idea a reality and all of them, and a great many other people, want to hear how well it is doing.

A key part of the success will, of course, be the result of excellent publicity over a good period. Make sure a solid, sufficiently funded plan for publicity is included in the implementation of your idea. If no-one knows about it, they won’t use it.